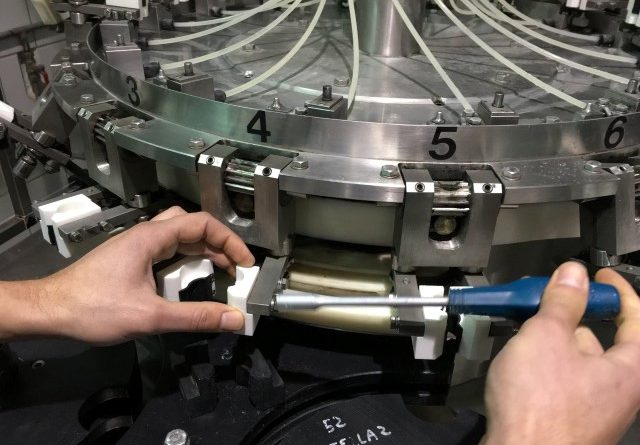 George2016-06-12T13:44:47+01:00
Being thrifty in the time of turmiol and economic difficulty is imperative to survive as a company. This has been the case with Oyzo manufacturers Giokarinis of Samos. Every summer we return to Samos for around two weeks to return to our roots and the directors of the company are close personal friends. It was over a glass of ouzo that we started discussing that their factory would have to reduce production in as they were having issues with sourcing spare parts. Bearing in mind that the machines are mature and well used, the original manufacturer had sold up and there are capital controls in place, it was almost impossible to source and import parts. We took on the challenge to design and manufacture some of the more critical wear parts: the bottle neck grippers END_OF_DOCUMENT_TOKEN_TO_BE_REPLACED
By GeorgeCAD, Cool engineering, Knowledge, Solutions0 CommentsRead more...

It is not often that the CAD industry gets shaken up as much as it has in the past 12 months. First we had Autodesk Fusion 360 coming out with a Cloud based service and we have recently received word of OnShape.

The pedigree of OnShape could not be purer, it is spearheaded by the founders of Solidworks, an industry favourite for as long as I can remember.

END_OF_DOCUMENT_TOKEN_TO_BE_REPLACED

George2016-06-12T13:39:31+01:00
Some would say that finally there is a CAD/CAM package that is suitable for the small/medium enterprises that are looking to make it in the makers world. I must say that I am inclined to agree...partly. Autodesk Fusion 360 came along at the tail end of 2013 with significant power behind it and some of the high impact factor blogs and vlogs (like CNCCookbook and NYC CNC) talked about it at length. END_OF_DOCUMENT_TOKEN_TO_BE_REPLACED
By GeorgeCAD, CAM, Cool engineering, Knowledge, New products, NewsComments OffRead more...